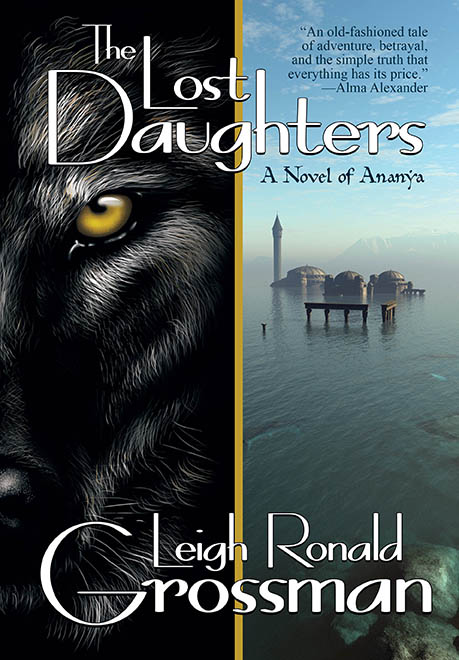 A thousand years after the apocalyptic Holy Wars banished them from Ananya, the gods have returned—massacring the Empress and the Ananyan royal family, stripping away the magic that sustains Ananya’s empire, and leaving it exposed to invading neighbors and vengeful fey.

Ketya, neglected daughter of Ananya’s most powerful official, wakes in the arms of the dead Empress. Along with her father she is rescued by Sperrin, a famous soldier whose post-traumatic stress disorder was “treated” by removing memories of his wife and daughter—memories which have returned with the destruction of Ananya’s magic. Ketya finds herself fleeing into the uncertain safety of the mountains where she and Sperrin hope to regroup with other survivors. Ketya’s father holds the answers to what happened and whether Ananya’s magic can be restored—but the disaster that happened on his watch has shattered his sanity, leaving his daughter and her rescuer to try and piece things together.

Harried by creatures out of ancient history Ketya and Sperrin make their way toward a mountain stronghold where an Ananyan army still stands, besieged by fey who want to retake the mountains they lost in the Holy Wars. Amid a desperate battle they uncover the depths of betrayal that ravaged Ananya—a betrayal that can only be undone if they agree to escort the traitor to the land of the gods themselves.