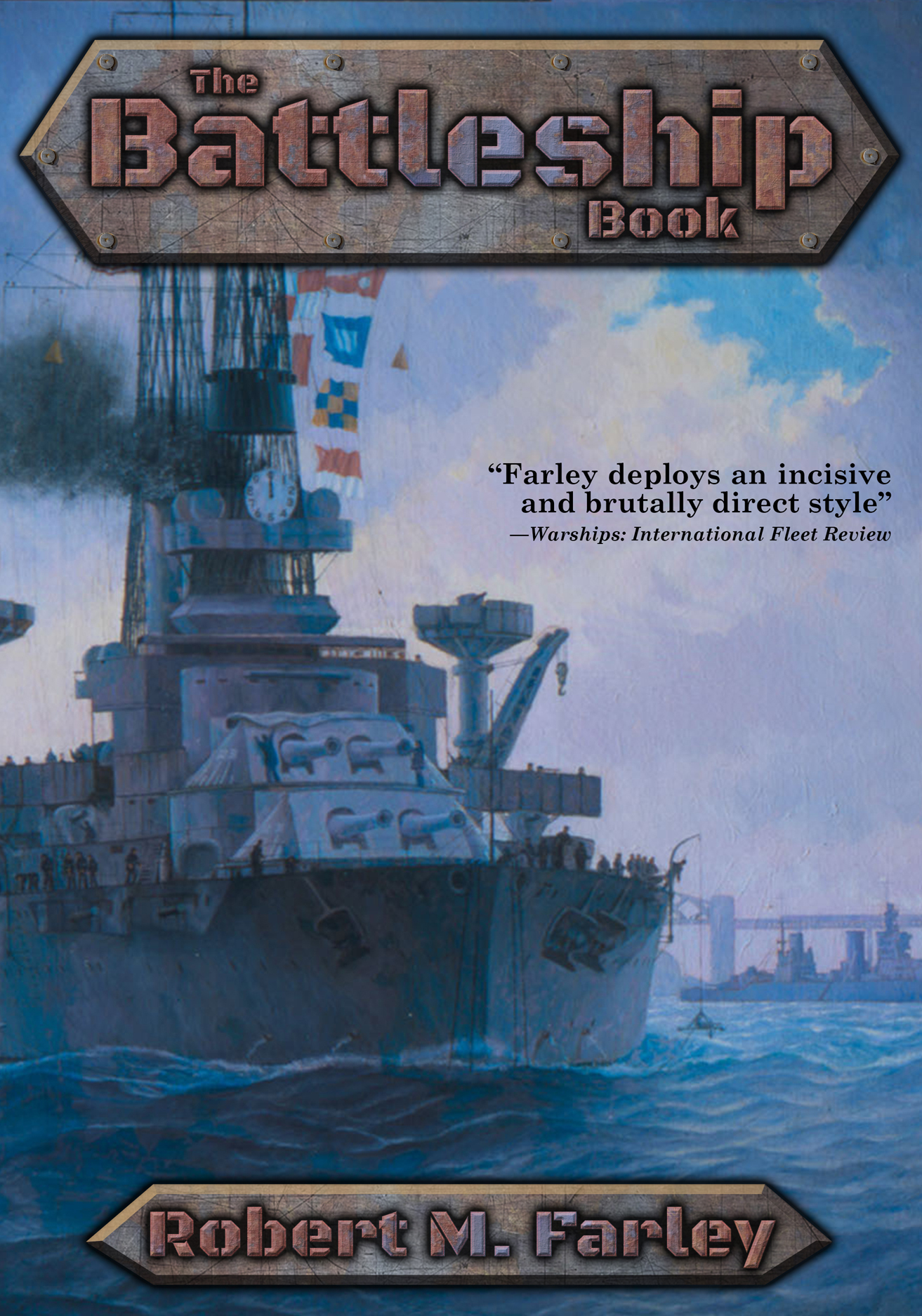 By the author of Grounded: The Case for Abolishing the United States Air Force

Rob Farley is a writer and historian who I really admire, as much for his political writing and sense of humor as for his writings on the military. This book grew out of a more-or-less weekly series at Lawyers, Guns, and Money called "Sunday Battleship Blogging." What I liked most about them was they were often less about battles and events than about sociology, marine architecture, or just weird events that revolved around particular battleships. 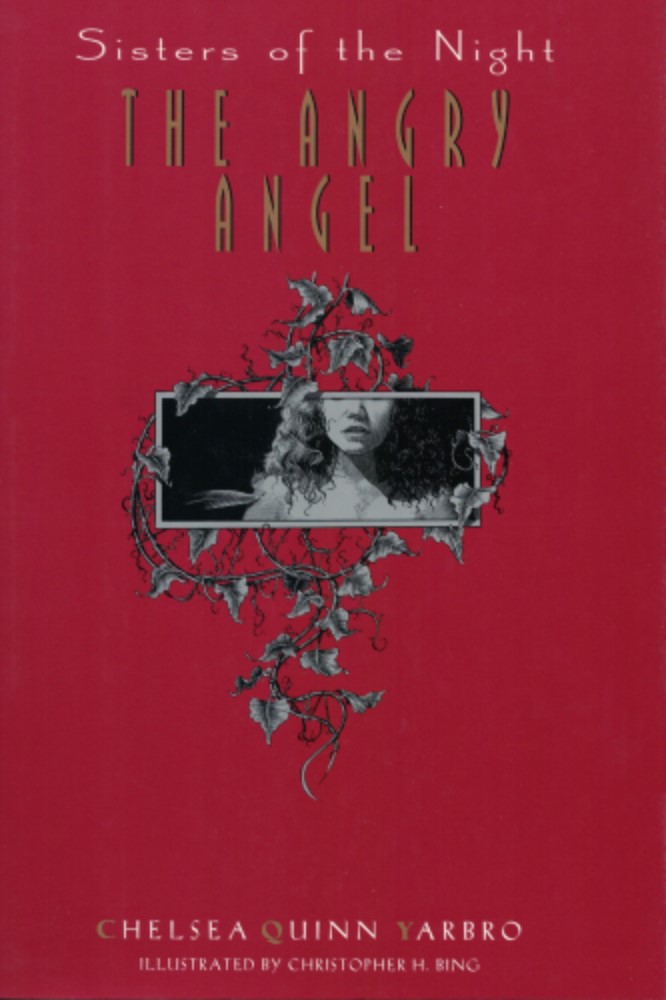 Sisters of the Night:
The Angry Angel
Soul of an Angel
Angel of Death

This trilogy of packaged books was intended to be a feminist reimagining of Dracula, exploring the backstories of the three "brides" that Jonathan Harker encounters so chillingly in Stoker's novel. Chelsea Quinn Yarbro was a writer I'd always admired, and I was thrilled to be able to work with her for the series. We had some trouble seeing eye-to-eye at times, though there's some terrific writing throughout, and the second book in particular is brilliant. The books have full-page chapter-opening art by Christopher Bing, on his way to winning a Caldecott Honor: Visually they're some of the nicest books I've ever produced. Unfortunately they were caught up in the merger between Avon Books (the original hardcover publisher) and HarperCollins where they ended up orphaned. The third book was finished and paid for but never did come out. While I could probably resell them elsewhere, out of respect for Quinn (who wasn't happy with the final product) I haven't pursued a new home for them. "Not a word is wasted...Tiger Cruise is truly that cliche, the book that you can't put down."
"Brisk...Retired naval officer Morgan has the background to keep it authoritative and make it lively."
—Kirkus Reviews

This was originally brought to me by Pam Wallace, the Oscar Award-winning producer and screenwriter. She had an intriguing idea that needed to be a book for the film to happen. And it was an intriguing idea, but it needed a lot of rebuilding and a writer with genuine Navy chops to make it happen. The project wound up with a bit more drama than anyone would have liked - Hollywood and book publishing speak very different languages, even if they use the same words, but it turned into a fun romp of a military thriller, with a serious edge. 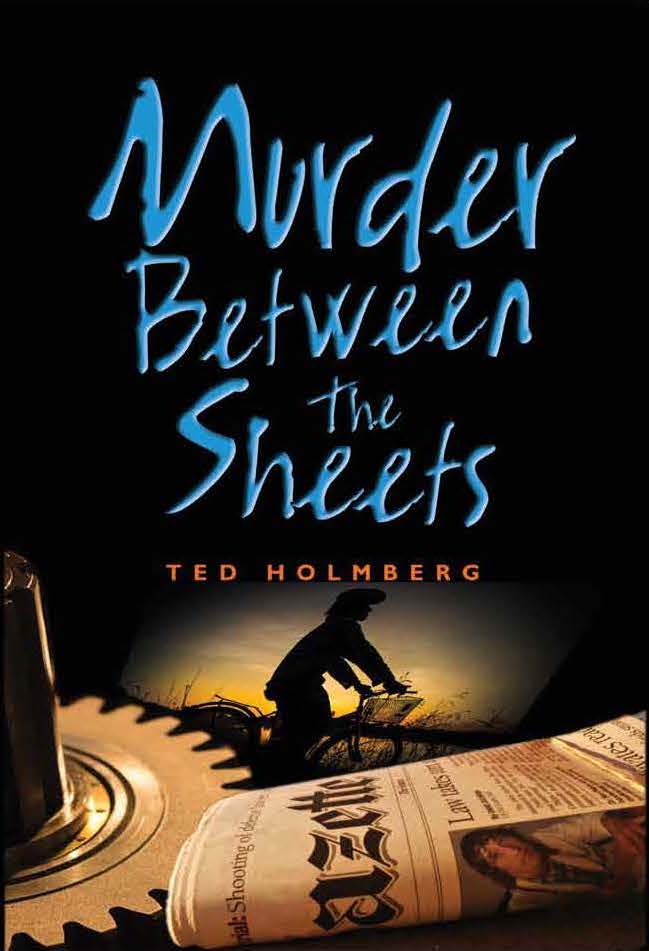 A retired newspaper editor (and eventually owner) who knew everyone and had seen and done everything, Ted Holmberg was a delight to work with. What he really wanted to do was write about Rhode Island's quirky social club scene, but figuring that no one would want to read books about social clubs, he turned them into mysteries instead. We were introduced by photographer and book packager F-Stop Fizgerald, who I worked on many books with. In some ways they were two of a kind, both spinning improbable but true yarns filled with larger-than-life people. Neither of them lived to see the fourth book in the series completed; I miss both of them a lot.

These books gave me my love of working on annotated books. Leonard Wolf had a bit of a reputation for being difficult to work with (which is how I got to work on these books even as a baby editor at BPVP) but I really enjoyed it; he had a sort of over-the-top crustiness and perfectionism that was perfect for the precision of annotated books, combined with a deep love of hauntings and folklore, and he could tell stories... staying focused on the editing could be difficult. These were also the books where I first worked with artist Christopher Bing. One thing I really liked (not my idea) was that we solicited quotes from various genre writers and pop culture fixtures about how Dracula and Frankenstein had influenced their own lives and work, and the answers (which we used to fill extra spaces at chapter breaks) were marvelous and illuminating. 
After I had left BPVP for Avon Books and John Betancourt had left to run Wildside Press full time, we teamed up on a handful of packaged projects, of which this was both the most successful and the most snakebitten. Originally sold to Dell Abyss editor Jeanne Cavelos, the book was orphaned when she left Dell to take a teaching job and found the Odyssey Fantasy Writing Workshop. It bounced around to a couple of editors at Dell, eventually landing on the desk of a women's literary fiction editor who was... less than impressed by Lovecraft. She wanted to cancel the book, but we'd already been paid and Dell would be out the money. So she reluctantly let it go ahead, and it immediately went into three printings and was a huge success. That led to a sequel, a translation into Polish... and more awkwardness. We tried to find a project that was a better fit for that editor, since she was great to work with, but we never did. The book also led to my first published photography, and a lot of time tramping through graveyards and through various Lovecraftian settings in New England.

These were the first anthologies I worked on, as associate editor under then-SF editor John Betancourt, who I've worked with on many different projects over the years. One of the books was illustrated with pen and inks by Christopher Bing, while the other had woodcuts(!) by Lars Hokanson. This was the heyday of the horror market and the stories we received were largely really strong, although there were a few quirks in the process. For one, despite these being sold to the publisher as horror books, our boss at BPVP conceived of them as wholesome family entertainment, so we had to take considerable pains to keep him from reading a few of the stories. Then there was the story he was blackmailed into using by a very big name (at the time) author.... 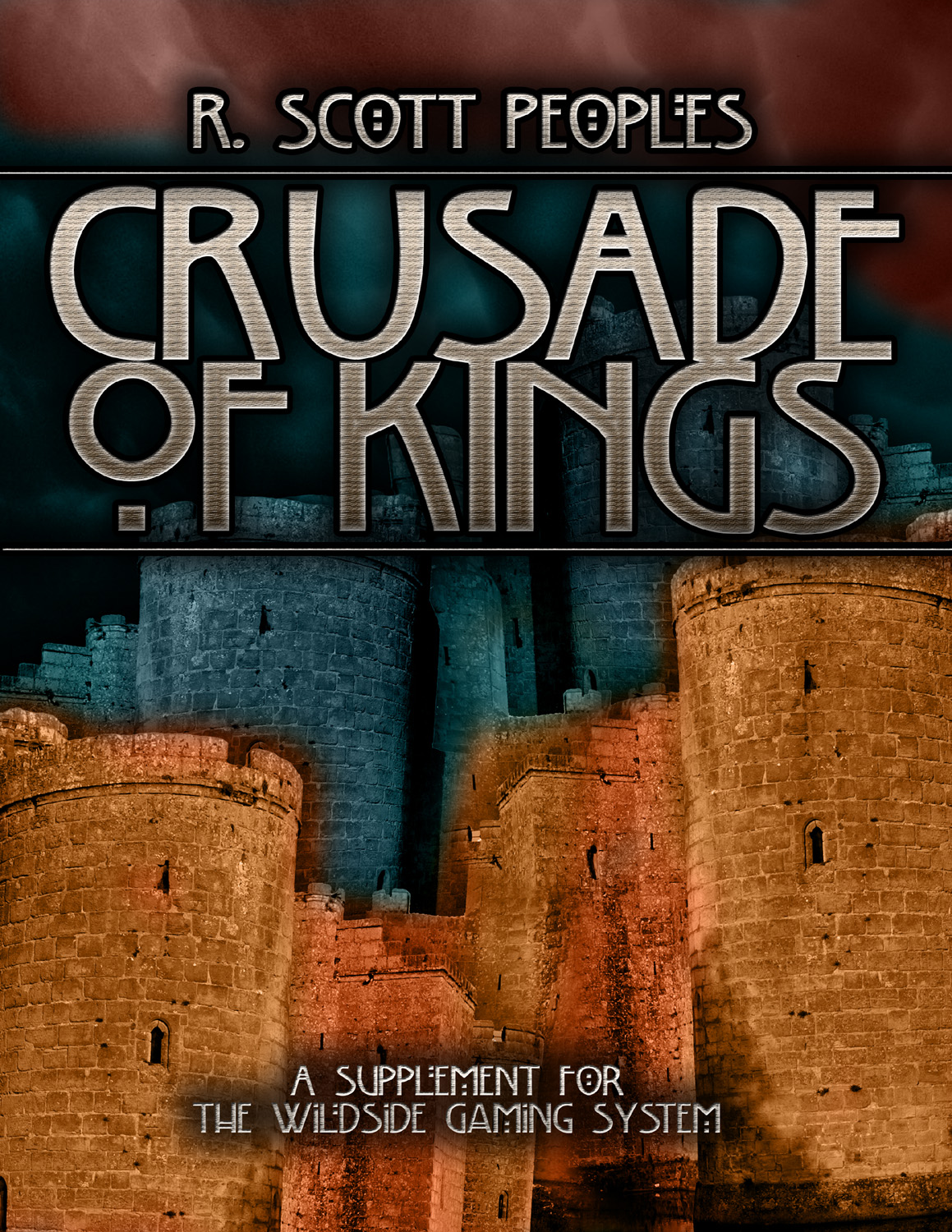 I met R. Scott Peoples through his history blogging (as "Unitary Moonbat") at the DailyKos political blog, where I used to be fairly active in its early days. He was doing a long series on the Crusades, which I just loved the tone of, and I encouraged him to turn it into a sort of hybrid between a history book and a game supplement for roleplayers and folks running historical simulations. This was definitely a labor of love, but it brings a real vibrancy and immediacy to a fairly horrifying period of history. And I really wanted to do all I could to help Scott's writing reach a larger audience. 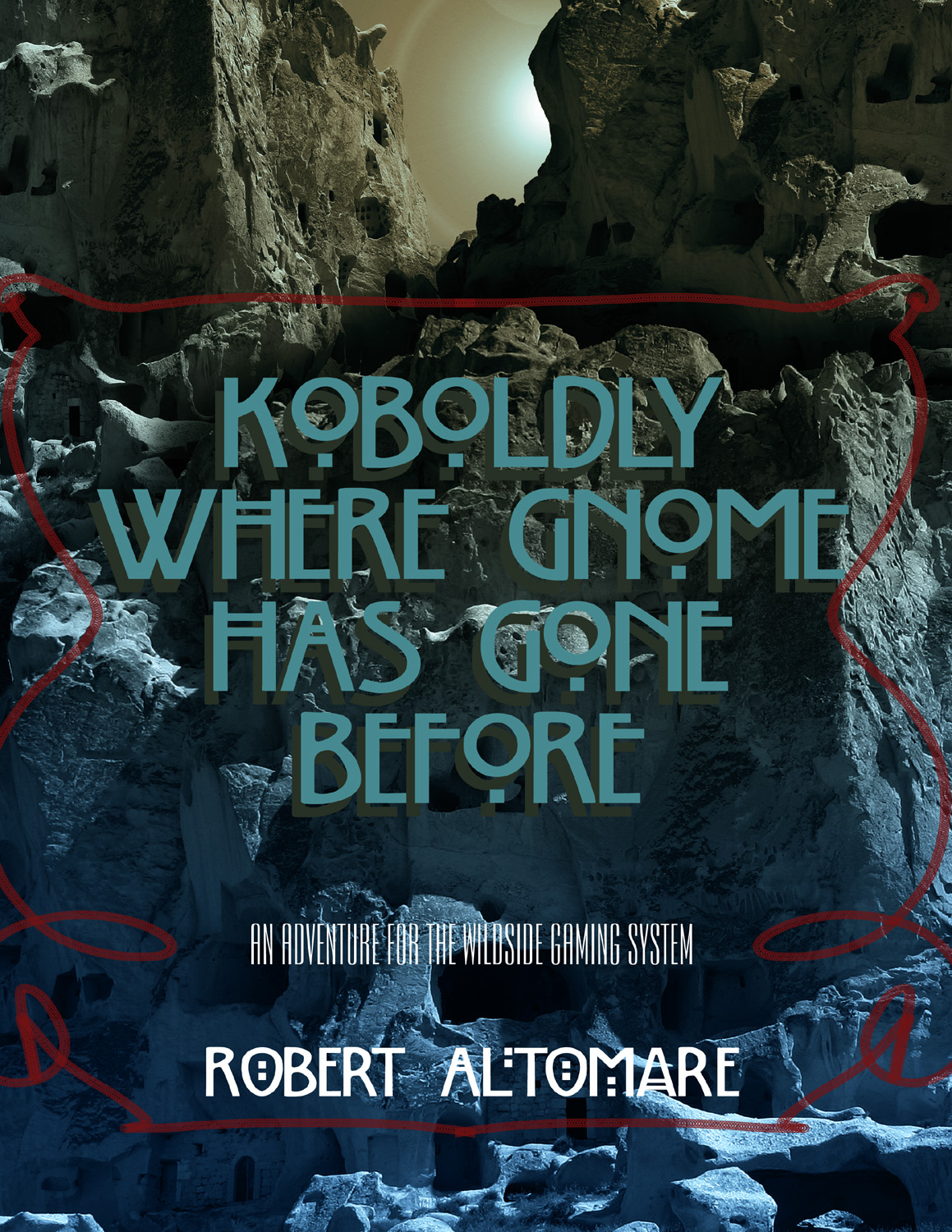 Koboldly Where Gnome Has Gone Before

i admit, this one was all about the pun. After Wildside Press published my tabletop roleplaying system, they asked me to acquire and develop a few supplements that players could buy in addition to the main book (which contains the complete system). Some would be serious, in-depth guides for developing longterm campaigns like Crusade of Kings, and others should be unabashed romps designed for an afternoon of dungeon crawling. I turned to Rob Altomare, who I had gamed with for years while we still lived on the same part of the continent, and whose sense of humor, writing, and gaming skills were exactly what the project needed. I really miss gaming with Rob, because even the most serious games would be fun and funny; every once in a while when we're on the same side of the continent we get a chance.